B is a much more go-with-the-flow travel person than I am. Growing up, my Mom planned every detail of our family road trips. She had an expandable folder binder thing that held maps, sightseeing stops, coupons and gift cards for food stops, hotel reservations, and even the schedule of events. I'm not nearly that organized about everything, but I was stressing about Italy. Big time.

We were lucky that we had family in Florence to stay with initially, but since B & I joined them at the end of their Italian stay (they were moving on to Germany mid-July after living in Florence since early-June), we had 5 days without accommodations to plan for. 5 days that we had to do some major adulting and find lodging and figure out transportation and where we would eat and book day trips & tours and the list just goes on and on. B, of course, thought "when in Rome" and that we could just figure it out when we got there. I wanted a little more security and to at least know we would have a bed to sleep on!

My Aunt had booked their house in Florence through VRBO.com, part of the HomeAway family, and it was seamless. So when we were looking for our short stay in Rome I looked at AirBnB first because I had heard more about it and then I checked VRBO and the price differences were dramatic. I created a short list of properties that were located near what we wanted to experience in Rome, were less than $80 a night, and were either private rooms or private homes/apartments. The next day, two of the four properties had already been booked for our dates so then I was really nervous about finding a reasonably priced place that would have what we wanted - even if we would only be sleeping there. I was thrilled that this WayToStay gem was still available! 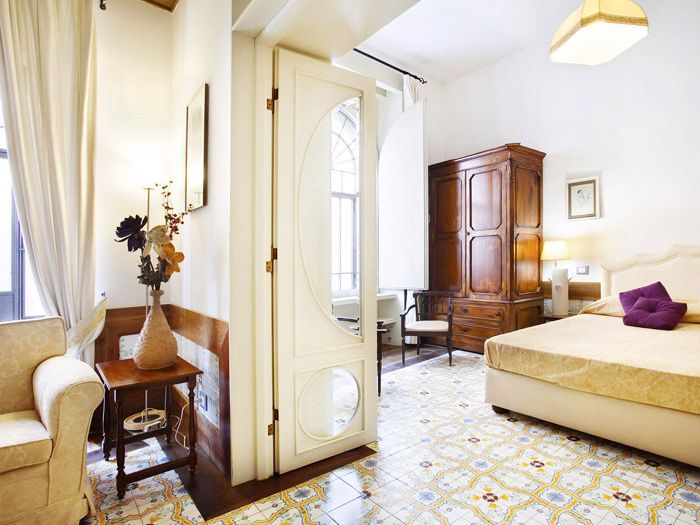 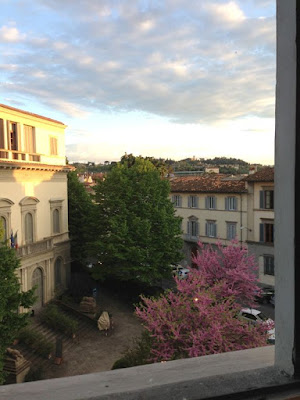 Our two-story flat in a recently renovated 1850s building in the center of Florence was booked by family for the month. We had everything you would need in a kitchen and surplus of bedrooms and bathrooms. The balcony was a plus and I loved the mix of antique and contemporary furniture and art throughout the entire apartment. You can see just how great our view from the living room was and what a neat residential area of Florence we were in, near the Piazza Beccaria.

The bathrooms were....different from what we are used to. Yep, we had to look up the purpose of a bidet. And shower doors, or lack of, made bathing a little challenging. Despite these quirks, they were still cute little bathrooms! One was purple (my favorite color), one was pink, and the one upstairs actually in our bedroom was blue. 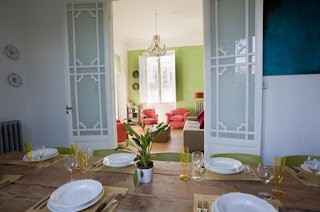 The kitchen/dining room was really the showstopper of the apartment. With a huge dining table that everyone could sit at, it really was the gathering place if we were ever all in at the same time (rare). The kitchen was laid out like a galley kitchen, with the sink, dishwasher, fridge, counters and, yes, even the washing machine conveniently disguised as a lower cabinet, all along one wall. There was a fantastically huge buffet used to house all of the dishes & glasses on the opposite wall in the entryway. Having the washing machine in the kitchen was a new experience for us too. 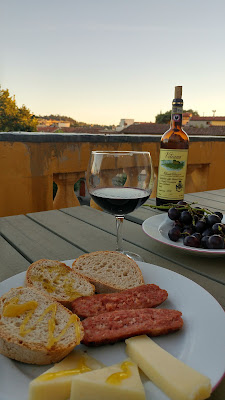 The location and our little balcony were really my favorite parts of this apartment. That everything else was so nice was just the cherry on top! On the one evening we decided to stay in and make dinner for ourselves we stopped at a local grocery store and picked up a loaf of bread, grapes, a bottle of wine from the same class we had discovered on my birthday wine tour, some cheese, Italian sausage, olive oil, and honey (for the sweet tea he made for me that we kept in the fridge). B put together a light meal and we enjoyed an Italian evening together without the crowds. We could see the Piazzale Michelangelo on the hill in the distance, in windows across the way we could see families eating together (including one shirtless man who sat in the same chair at the table every night, always shirtless), the sunset was pretty and the temperature was mild. It was perfect.

No complaints about our Florence flat at all. We were 25-minute max walking distance to the tourist destinations such as the Duomo, Santa Croce, the Ponte Vecchio, Ufizzi Gallery, and even the train station. Our one and only snag was entirely our fault: we left without keys on the same day that my family headed to Venice for 3 days. Luckily, we were able to get in touch with the landlord who was able to send over a very friendly woman and her son to unlock the doors for us! 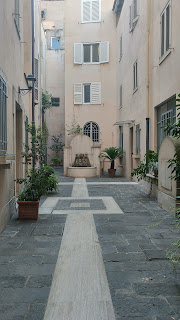 Having booked our home away from home in Rome myself I was excited and nervous, and Maurizio was so great to work with and very accommodating with our flexible arrival time. We stayed in touch via email the week before our check-in date and were very much in touch the day-of as B & I navigated the trains.

We walked the 40 minutes from the train station pulling our suitcases behind us, stopping for lunch and then to gawk as we passed Trajan's Column and the new World War 1 Memorial that neither B or I expected to see. I think the ancient Romans would be proud of their descendants for this particular construction. It was so strange to see the architecture that we had seen in art history books surrounded by modern cars and mopeds and people wearing what you expect to see people wearing today (ahem, not togas)! We thought of Rome as this ancient city - which it is! - but it is still very much a thriving metropolis of today's businesses and people and transportation that all just maneuver around and through ancient history. 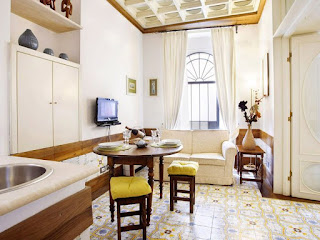 Finally, we made it! And just look how amazing this place was! Walking into the apartment foyer you're first in a courtyard. The floors are sloped to the center to drain water when it rains because there isn't a roof over this part. Once inside the unit I first thought it was smaller than it had looked in pictures, but really that shouldn't have been surprising. It was still perfect and cute and epitomized where I thought I should stay on an Italian vacation. There were hidden storage cubbies and cabinets in the wall, bright tiled floors, and a perfectly tiny kitchenette well-stocked with cooking utensils if we were so inclined to cook (except for boiling water for tea, we weren't). 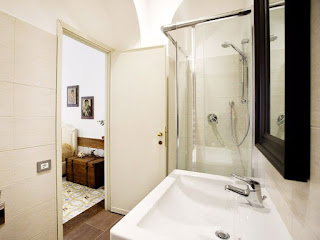 A set of French Doors opened up into the bedroom, and from there you could then proceed to the bathroom. It was small and modern and stocked with fresh towels and a hair dryer. The shower did run out of hot water quickly, but that just kept us on our toes! We didn't have the amenity of a washing machine in this unit, but we were only spending four days in Rome, unlike the 9 we had spent in Florence, so it wasn't such a big deal.

It was a first-floor unit and there was a fair bit of foot traffic that we could hear outside, but it was a calm stretch of neighborhood on the LAST STREET before the Roman Forum. No joke. Walking out our front door we saw this in the morning. 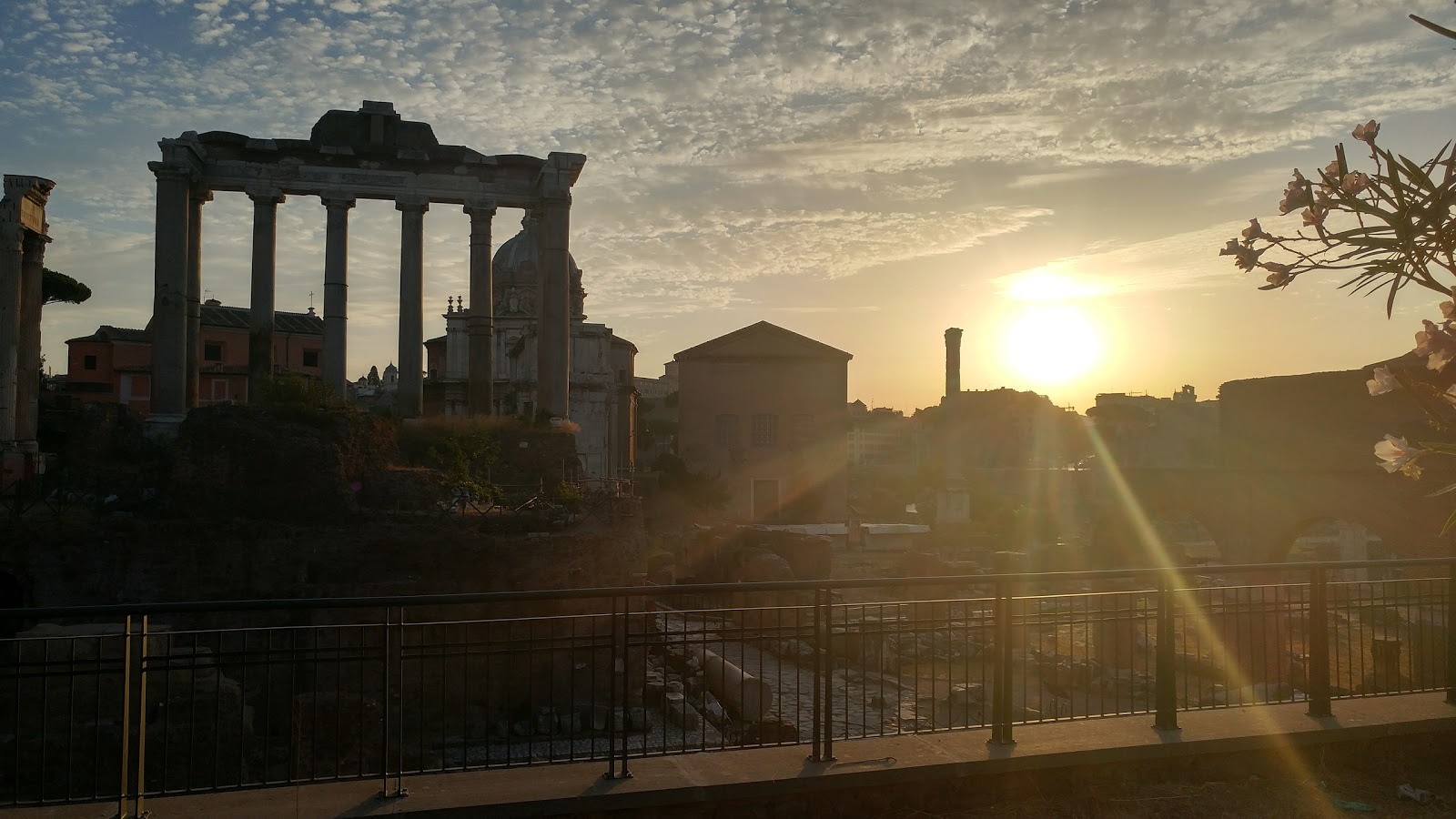 Overall, I would say I am extremely pleased with both bookings and would happily stay at either again -- especially since we've decided we've already started planning Italy Round 2. Regardless of where you stay in either city be prepared to walk. A lot. Trains are convenient and quick between cities, and buses aren't bad when you do truly need to get to the other side of town - but hold on to your purses and pockets! 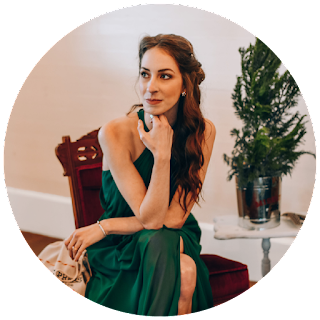